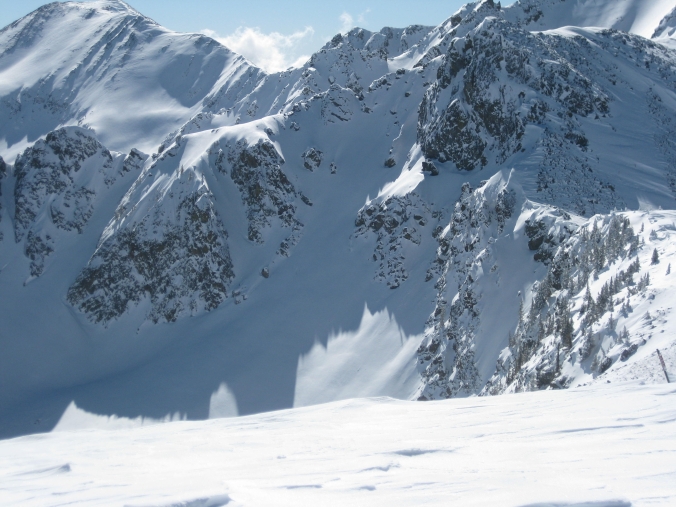 I’ve been an alpine skier since I was about eight years old. Until a few years ago, I hadn’t given backcountry skiing a fair shake—mostly because an avalanche safety class I took back in the mid-90s scared the shit out of me. I wasn’t sure I was up for the risk. Plus I sucked at telemarking. I bought really skinny touring skis and never could nail a good turn on them. So I retreated to the comfort of my alpine boards and spent the next 20 years happily ripping it up inbounds.

Fast forward to a couple of years ago when I had an amazing day in the Jackson Hole backcountry (on my alpine boards, bootpacking). My soul was so stirred up after that day, I thought I better give the backcountry another look. After all, backcountry gear has come a long way. So I got a sweet alpine touring setup from La Sportiva (yay, I can make alpine turns!) and retook the avy 1 class. Armed with this knowledge, great gear, and some friends who are willing to help show me the way,  I’m on my way to becoming a skilled backcountry skier. Some day. There’s a lot to learn, that’s for sure.

Yet there are still plenty of days when the lifts call. When you don’t want to deal with hiking. Or the avalanche danger is so high, you’d rather not take the risk. That’s when it’s nice to know you can hit some rad inbounds terrain without having to worry so much. (Caveat: inbounds avalanches do sometimes occur, so you should never fully let down your guard.)

The good news is that alpine resorts are seeking ways to feed that hunger for big-mountain terrain inbounds. Take Taos Ski Valley, for example, which this season is opening the Kachina Peak lift to haul skiers and riders up to terrain that was previously accessible only by a sweaty 45-minute slog. Some lament the easier access. Others celebrate it. Either way, it’s more terrain for everyone.

Other resorts are also finding ways to provide backcountry-like experiences within their boundaries. Read more in an article I wrote for Outside, my first for them: In Search of the Steep and Deep: A growing demand for big-mountain, backcountry-like terrain is prompting resorts to up the ante inbounds.